An Innovative Approach to Solving Youth Homelessness in Rural Canada 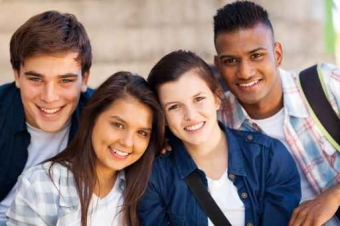 Since then, we have successfully scaled the pilot from one municipality to twelve municipalities; serving the entire Niagara region and transcending both rural and urban communities.

Over the last few months we have been analysing the data for this program and I'm very excited to see the release of the Youth Reconnect Works report. It shows the program's impact as a successful model to end youth homelessness as well as providing an accounting of savings accumulated by various government ministries.

It is my hope that other communities and regions can benefit from what we've learned and apply it to ending youth homelessness in their communities. I recognize the difficulties inherent in making this happen and how daunting any change is for agencies. Given this I thought it might be useful to outline how we were able to overcome some early barriers.

Making the Switch from Primarily Emergency to Prevention Focus

The majority of social service agencies were created as a response to crisis and developed their programs toward managing the crisis. In our case a number of citizens became concerned by the increasing number of youth who were sleeping rough on our streets.

This crisis led to the creation of the RAFT which offered drop-in programs and ultimately a hostel. Shortly after I started here we expanded our shelter capacity from 10 beds to 24 beds with the anticipation that we'd soon need even more beds. It was this realization that forced us to ask some tough questions about what is our mission.

Are we managers of homeless youth or are we looking to end youth homelessness? Answering this question required us to examine what data we had about who was using our services.

I was quite surprised when it came to light that over 50% of the youth sleeping in our beds were from communities outside of St. Catharines, the city where our hostel is located. A number of other interesting facts also became apparent: 99% of youth were in high school immediately before they became homeless and youth from outside of St. Catharines took longer to be housed.

Once we had reviewed our data and learned what we could of the youth who were using our beds, it became apparent that simply managing the crisis of youth homeless would in no way end the crisis. A prevention focus, moving upstream, was the only option which might allow us to stem the flow of new youth into our beds.

A Lack of Resources and Infrastructure

With our new found knowledge and focus we set out to determine how to implement a prevention program. We knew that in order to achieve our goals we needed to provide support pre-crisis or at the moment of homelessness.

However, a lack of resources and infrastructure seemed an almost insurmountable obstacle; the drop-in/hostel already required us to fundraise just to maintain the status quo. Again our review of the data proved invaluable.

Further, given that nearly all youth were in one of these high schools immediately prior to their homelessness gave us our prevention moment. In addition to the physical space offered by these schools we were also able to capitalize on the teacher-student relationship to help predict which students were near or in a housing crisis.

With all of this infrastructure and staffing already in place, grafting a prevention program onto it became affordable; with just one of our workers able to cover two smaller rural communities.

What People Are Saying
Help Us

There are many ways that you can help The Raft programs and services for youth.